KNAUF Gypsopiia ABEE is a member of the KNAUF Group, the largest producer of gypsum-based materials in the world. It started producing gypsum boards in its plant in Amphilochia in 1991 and today employs 170 people – 110 in its plants in Amphilochia and Thessaloniki and 60 in Athens and other cities. It produces a wide range of dry construction systems, gypsum-based plasters and floor screeds, as well as ready-mix jointing and finishing materials. It also distributes systems produced by sister companies in the Knauf Group, such as the Aquapanel exterior walls and ceilings, insulation materials, acoustic linings, fire protection building systems and cement-based plasters and tile adhesives.

Over the past 30 years, the KNAUF Group has continuously invested in the Greek and Cypriot markets, supporting the development of Knauf Gypsopiia ABEE and Knauf Cyprus Ltd respectively. In late 2017, an investment of 3 million Euros was completed in Cyprus for the construction of a new plant of cement-based products and a training center of installers in Limassol.  In May 2021, a two-year investment plan of 36 million Euros for a new state-of-the-art production line of gypsum-boards in Amphilochia, a new production line of metal profiles and an international logistics center in Thessaloniki was successfully completed.

The up-to-date production methods, the systematic research and the digitalization of operations lead to the creation of constantly improved products and services.  The extended sales and technical support network in Greece and Cyprus, the export activities and the education of the technical world in the company’s certified training centers, map a course of steady progress and development.

All industrial and commercial activities of KNAUF Gypsopiia A.B.E.E. are inspired and guided by a high sense of responsibility towards the present and future well-being of society and nature. 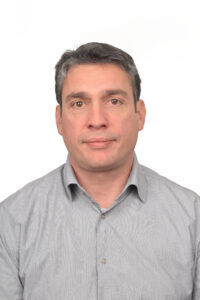 Mr. Tsantilas started his career at Knauf 17 years ago, from the position of Sales Engineer and later Marketing Director and Head of Training Centers in South Eastern Europe, Middle East and Africa. He holds a degree in Mechanical Engineering and an MBA from ALBA.

Mr. Pakos started his career at Knauf 17 years ago from the position of Sales Engineer and later Marketing Director in Greece and Cyprus. He holds a degree in Civil Engineering and an MBA from ALBA.

You can find out more about which cookies we are using or switch them off in settings.

This website uses cookies so that we can provide you with the best user experience possible. Cookie information is stored in your browser and performs functions such as recognising you when you return to our website and helping our team to understand which sections of the website you find most interesting and useful.

Strictly Necessary Cookie should be enabled at all times so that we can save your preferences for cookie settings.

If you disable this cookie, we will not be able to save your preferences. This means that every time you visit this website you will need to enable or disable cookies again.